Audax®, the world-leading pioneers of body-word video technology are continuing their fight against aggression towards law enforcement and emergency service personnel by once again sponsoring the SPOED 112 Anti-Aggression Symposium, taking place on 27th October 2021 in Antwerp, Belgium.

With a worrying trend of increasing hostility, aggression and violence towards the police and emergency services workers in Brussels, the UK and further afield, SPOED 112 alongside headline sponsor Audax® are hosting their annual symposium, focused on raising awareness of their anti-aggression campaign, as well as championing solutions that counter violence within this industry.

The full-day event, which is set to take place at the Provincial House in Antwerp Belgium, will see a line-up of influential speakers, stands and demonstrations of the Audax Body Worn Video (BWV) technology. The event hopes to educate and arm individuals, with the aim of combatting the worrying aggression phenomenon.

Appropriately retained as the headline sponsor, Audax BWV technology offers solutions that are proven to mitigate the risk of aggression and violence within the law enforcement and emergency services sectors – and its requirement is increasing. As highlighted in the latest issue of SPOED magazine, further sectors are now showing an interest in using BWV technology thanks to their broad range of applications.

In addition to police, ambulance workers and fire services, the technology can also be used for public transport, event security and military personnel. The primary reasons for using body worn cameras are to increase the safety of frontline workers by deescalating confrontations and for the gathering of impartial, accurate evidence that can be used to educate, inform or prosecute.  It also improves policy and transparency in terms of relationships with the public, while also reducing offender complaints and speeding up the administration of justice.

As the prime sponsor, Audax are keen to play an active role alongside SPOED 122 to ‘aid those who help us’ in the UK, Belgium and across Europe. Adam Liardet, Founder and Owner of Audax said, “We have long been committed to protecting the emergency services sector against aggression and abuse. No other company has been as active as Audax® in trying to stamp out this ‘horrific plague’ of behaviour in Belgium and even globally, and we are proud to once again support an initiative that we are truly passionate about. Furthermore, the use of body worn cameras promotes transparency and openness, which inevitably leads to improved officer performance and increased public confidence in national policing.”

Audax are looking forward to supporting the SPOED 112 symposium on 27th October 2021 at the Auditorium Provinciehuis Antwerpen. More information about the event can be found at: 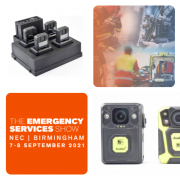 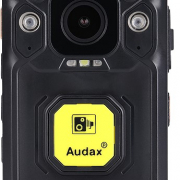 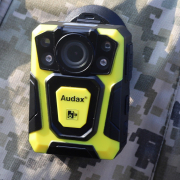 Audax cameras for the State Border Guard Service of Ukraine 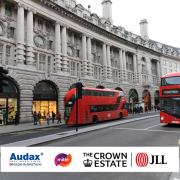 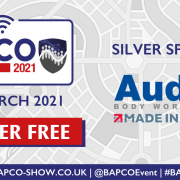 Audax are proud to be confirmed as a silver sponsor at the BAPCO: The Online Event, 2-4th March 2021 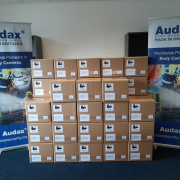 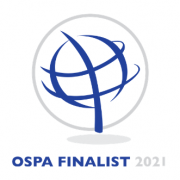 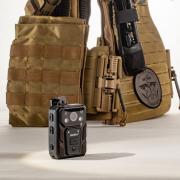